According to The Centers for Disease Control and Prevention (CDC), the correct use of air purifiers can help reduce airborne pollutants, including viruses, in homes or confined spaces. The basic technology of air purifiers can be roughly divided into four categories: filtration, ultraviolet disinfection, ionization, and catalytic oxidation. Some of these technologies have existed for decades, but the biggest question is: can they fight SARS-CoV-2? So far, some have reliable data, while others require more research.

airKAVE Portable is the world’s first SARS-CoV-2 portable anti-viral air purifier that has been proven in the SARS-COV-2 test (from MRIGlobal) where aerosolized is disabled. The test confirmed that airKAVE Portable can destroy the aerosolized SARS-CoV-2 within one second when the air passes through the filterless device, thereby providing personal protection against the coronavirus (COVID-19).

airKAVE Portable is a personal protection tool that can limit the chances of airborne transmission, making users feel safer at work, on the road, and in the company of friends, family, and colleagues. It is a compact but powerful tool that can generate plasma in a reactor at room temperature. Its air disinfection ability is based on the production of high-energy charged particles (electrons and ions) and related physical and chemical actions to destroy microorganisms such as SARS-CoV-2 and H1N1 influenza, thereby making them inactive and harmless. The whole process is carried out in the equipment without releasing ions into the living environment.

The portable antiviral air sanitizer has a patented non-filter Plascide plasma technology and its working principle is different from other air purification systems. It can destroy microorganisms at the molecular level. Using airKAVE, the air is sucked into the internal Plascide reactor, generating a thunderstorm of micro-lightning plasma, making the microscopic particles in a charged state at room temperature. Micro lightning can purify air many times faster than other technologies (such as UV, PCO, HEPA, ozone, and ionizers). Air neutralization can be completed in less than one second and is effectively and efficiently performed in a single-stage process.

Plascide technology was developed by the world-renowned nuclear physicist Dr. Herman Tsui, who developed a solution to the SARS pandemic in the early 20th century. Plascide technology works by generating plasma and reduces airborne infections and kills airborne pathogens upon contact. AirKAVE’s Plascide plasma technology can generate miniature lightning rods inside the equipment, which can quickly and effectively disinfect the polluted air around you when you pass the equipment.

The portable antiviral air sanitizer is available exclusively in the United States through www.airkave.com. A single unit costs $349, while a combination costs $599. 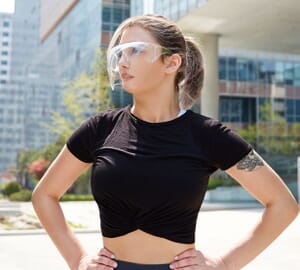 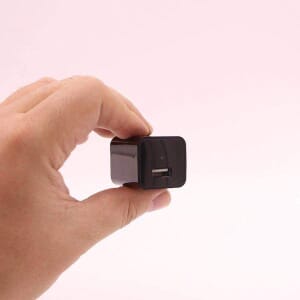 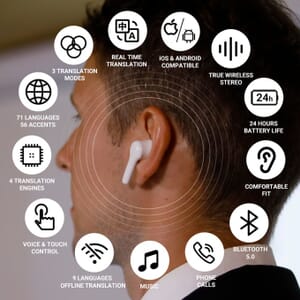